that even with adequate amounts of sleep at night, they still experience excessive sleepiness during the day and can fall asleep at any given time. While hypersomnia shares many of the same symptoms as narcolepsy, and is often misdiagnosed as such, it is a distinctly different sleep disorder. Narcoleptics have little or no control over when they fall asleep and they experience a sudden onset of sleepiness, whereas individuals with hypersomnia experience increasing sleepiness over a period of time. Hypersomnia is a relatively rare sleeping disorder and is estimated to affect anywhere from one to five percent of the population. It rarely affects children and women have a slightly higher risk then men of developing it.

Scientists have divided hypersomnia into two categories, primary and secondary. Primary hypersomnia is diagnosed when there are no other underlying conditions causing the symptoms. Idiopathic hypersomnia is one type of primary hypersomnia whose patients suffer extreme daytime sleepiness that never ceases, even with the proper amount of sleep during the night. They tend to fall into a deeper sleep than most individuals and can sleep soundly for more than ten hours during the night and still wake up feeling unrested. It is possible for them to override the pervasive sleepiness, however eventually they must succumb to it and they will end up sleeping pretty much around the clock.

It has been estimated that as many as forty percent of the population have experienced symptoms of hypersomnia from time to time without being diagnosed with the sleep disorder.  In order to accurately diagnose and treat the disorder, a doctor will perform a series of tests as well as discuss your normal sleeping habits over the course of several months. Some of the tests commonly performed to diagnose hypersomnia are sleep studies, CT scans and certain blood tests, sometimes doctors will also perform an EEG to measure brain activity.

Once a diagnoses has been made, a proper treatment plan will be discussed. Oftentimes hypersomnia is treated with drugs such as stimulants or antidepressants. If there is an underlying cause of the condition, such as untreated sleep apnea or some other condition, then doctors will prescribe a treatment plan for that condition first to determine if it alleviates the problem. Hypersomnia can be dangerous if left untreated and can directly impact a patient’s quality of life; it is important to talk to your doctor right away if you suspect you suffer from this condition. The longer a patient suffers from hypersomnia, the bigger toll it will take on cognitive ability and the body’s overall function. 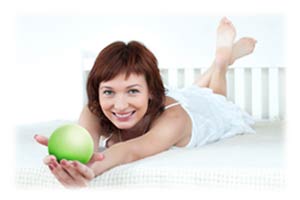